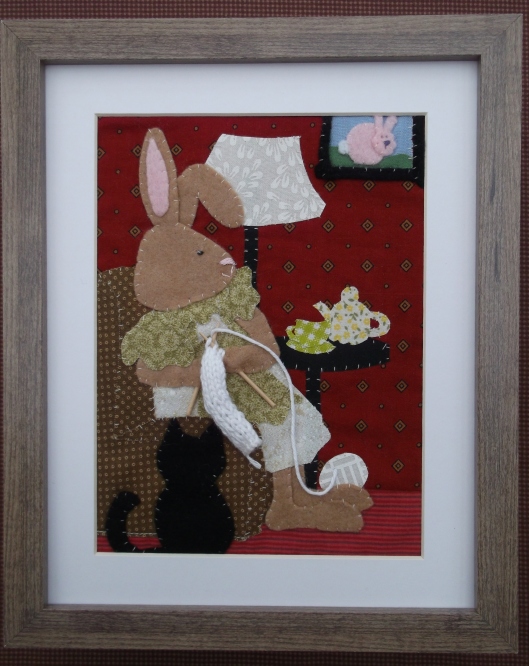 ARMCHAIR BUNNY KNITTING! One of my new collage creations…a scene inspired during a conversation some time ago with MRS P. http://craftodyssey.wordpress.com/about-3/ Mrs. P has constructed the most brilliant gigantic floral fabric bunny which travels with her as a front seat passenger to and from craft fairs, whilst talking about it she mentioned giving it some giant knitting needles and a pot of tea on a little table – well… this is my interpretation… on a tiny scale ! :-)Having finished my latest commission last week, a large lap quilt, designed as both a memory quilt and a Wedding gift for the happy couple to be, My Lady was uuuuber thrilled when she called to collect it..YAY!.. AND, I have permission to do a post about it after the Wedding when the couple have been given their unique personalised gift! So, after the 23rd of August keep a look out for that one! 🙂

Some of you may have seen my little creations of ‘Sheep knitting’ collages before, which include little knitted items on toothpicks, and, as they have proved quite popular, I thought I would down size my craft projects this week (but increase my table mess into the bargain!) to make some new ones, with a few new characters knitting as well! As mentioned above, Mrs. P’s bunny was the inspiration for me to create a couple of inside knitting character scenes. As ever, the couple which I planned…turned into a dozen unique original final framed works of art! 🙂 which are now resting for a little while in my Etsy shop!

Below are a couple more examples 🙂 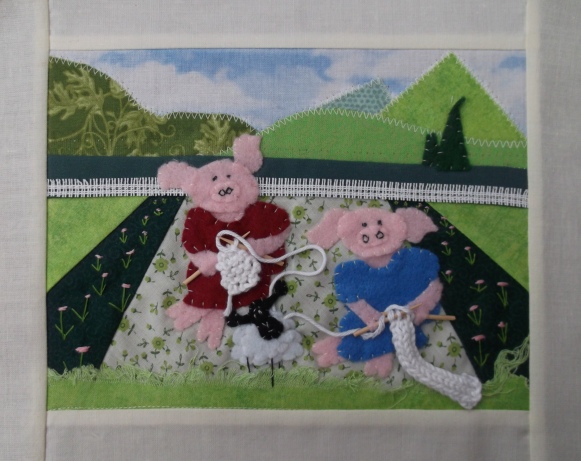 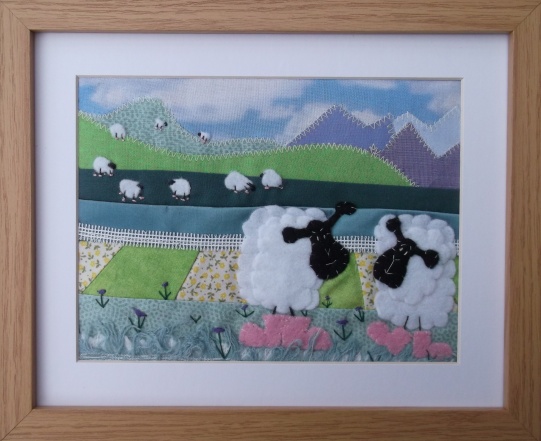 Sheep in Wellington boots collage
…’they told me it was the only pair they had!’ was going to be another option for a title after seeing the expression of the front left sheep! 🙂 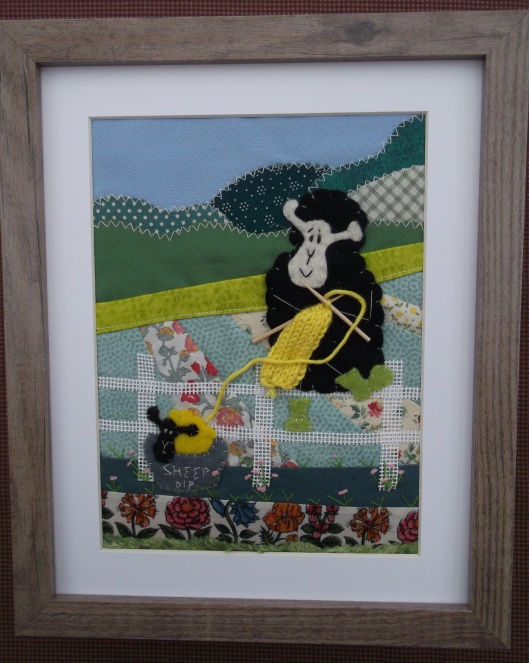 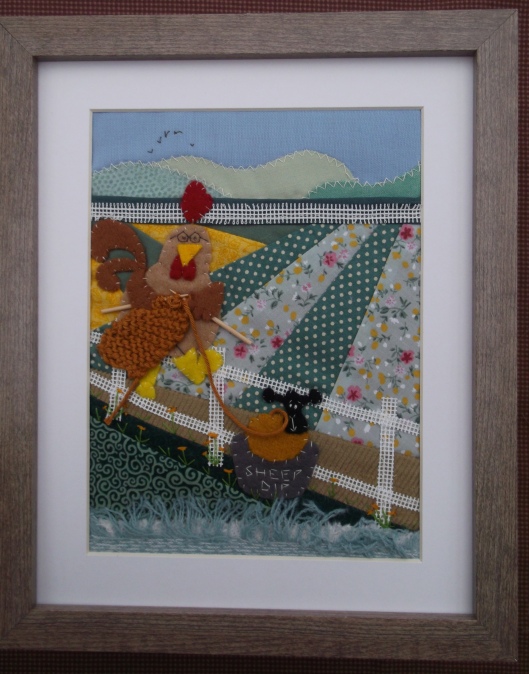 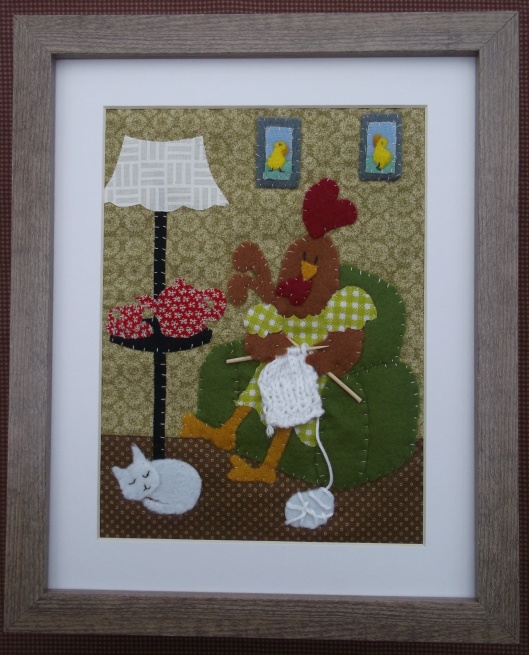